Cash in Slovenia remains the dominant payment instrument, accounting for 54.0% of the overall transaction volume in 2017.

However, following concentrated efforts by Slovenian banks to boost card use, as well as the central bank’s financial inclusion programmes, the payment card market is gradually growing.

Growths in the payment card transaction value and volume between 2013 and 2017 was also supported by the rising popularity of contactless cards.

Most banks in the country offer contactless cards that can be used to make payments for transactions of less than €15 ($18).

Debit cards are the preferred card type in Slovenia, accounting for 79.9% of overall payment card transaction value in 2017. High banking penetration and consumer preference for debt-free payments and prudent consumer spending have led to the dominance of debit cards.

The Bank Association of Slovenia also works to create financial awareness by organising workshops and seminars. Banks have also taken steps to improve consumer education. For example, Nova KBM spreads knowledge and awareness among children about bank products and services through its mascot, Dindin.

In terms of transaction value, the charge card market accounted for a larger share than credit cards in 2017.

Charge cards are mainly preferred by corporate customers for high-value transactions, as they have a fixed payment timeline.

Banks in Slovenia have taken steps to boost credit card use, and most offer instalment facilities. Abanka’s Visa Electron credit card allows holders to split payments into between two and 12 instalments. 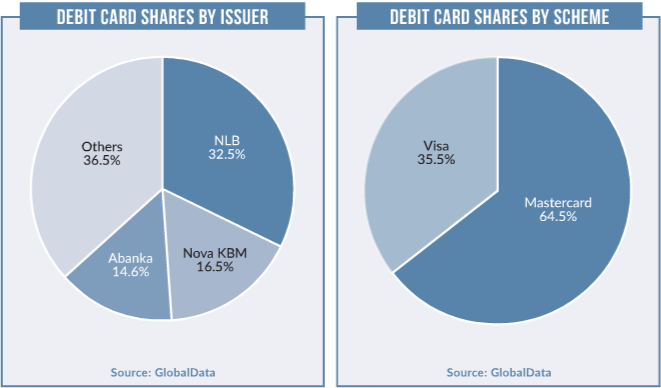 The young and working population is expected to drive the e-commerce market further. According to the Statistical Office of the Republic of Slovenia, 46% of the country’s population aged 16-74 made an online purchase between April 2016 and March 2017.

E-commerce growth is also supported by the availability of alternative solutions including PayPal, Skrill and paysafecard.

Although cash in Slovenia is still going strong, banks and payment service providers are launching new solutions to boost electronic payments in the country.

NLB launched its mobile wallet, NLB Pay, in March 2018, which allows users to save Mastercard card details to the wallet and make in-store contactless payments in Slovenia and abroad.

In March 2017, Fortumo collaborated with Telekom Slovenije to launch its carrier billing service in Slovenia. The service allows users to pay for digital content with Google Play; purchases are then charged to the user’s mobile phone bill or prepaid balance.

In May 2016, Intesa Sanpaolo Bank launched its mobile wallet in Slovenia. The app works via both NFC and QR codes, allowing users to make in-store payments by waving their phone over contactless terminals, or by scanning a QR code at merchant outlets. 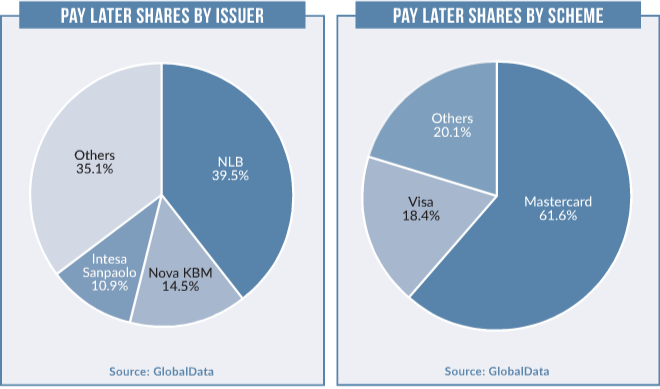 The prepaid card market is at a nascent stage in Slovenia. Despite low penetration, the market recorded significant growth of 28.3% in the five years to 2017 in terms of number of cards in circulation, and 43.4% growth in transaction value.

The card can be recharged via universal payment order, fund transfer, or cash deposit at Intesa Sanpaolo branches.