Finnish consumers are strong users of payment cards, with frequency of card use higher in Finland than in other mature European markets such as the UK and Germany. Improved banking infrastructure, new product developments, high awareness of electronic payments, and wide acceptance of payment cards at POS terminals were the main growth drivers for payment cards in Finland.

Debit cards are the most popular card type in Finland, and are typically used almost six times more than pay-later cards.

Given the strong hold of debit cards, credit cards have been slow to take off. However, there was a significant shift in product and marketing strategies between 2013 and 2017, and credit card issuers are now using a number of initiatives to attract consumers, such as no annual fees, payment-free months, reward points, discounts at partner retailers, and cashback.

E-commerce registered robust growth from 2013, a trend that is expected to continue and provide market growth opportunities. Contactless payments have steadily gained prominence, with all major banks offering cards and mobile solutions with contactless functionality.

Debit cards have traditionally been preferred by Finnish consumers. Most consumers are banked and have at least one debit card.

Combined efforts by payment operators and government bodies to promote cash-free transactions accelerated debit card use. Rising use of debit cards for low-value transactions, and increased consumer preference for contactless cards are further expected to drive the debit card market over the next five years. 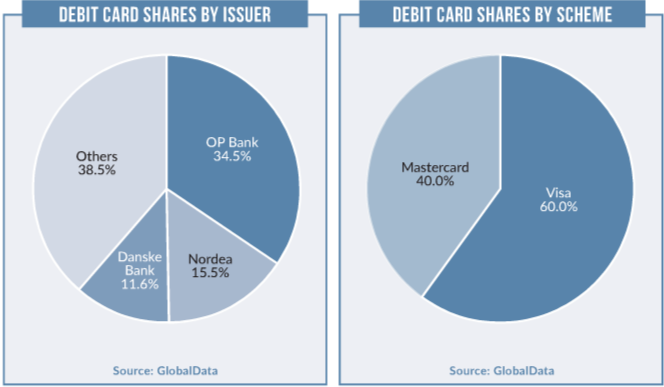 Pay-later cards are not very popular among Finnish consumers, due to a general preference for debt-free payments and prudent spending. The availability of debit cards with credit functionality has also reduced the need for separate credit cards.

Although pay-later cards represent a small proportion of the Finnish payment card market, they have registered steady growth with banks promoting card use by offering various cashback and reward programmes.

Growth was supported by well-developed online and logistics infrastructure. The introduction of instant payment system Siirto for e-commerce, and the launch of international payment solutions including Apple Pay and Masterpass are further forecast to support Finnish e-commerce growth. 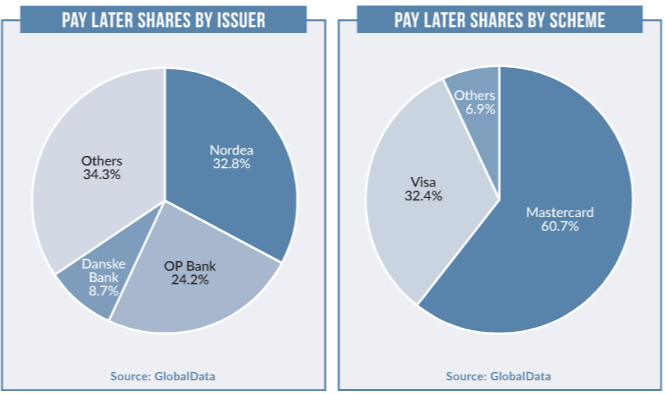 The number of ATMs fell from 2,241 in 2013 to 1,854 in 2017, and is expected to fall further, mainly as a result of banks reducing their branch and ATM networks to counter rising costs, and rising consumer preference for digital transactions.

There was also a decline in the number of POS terminals, from 196,000 in 2013 to 149,102 in 2017. However, this number is expected to rise as merchants install more contactless terminals. VeriFone partnered with MobilePay in December 2017 to allow merchants to accept contactless payments from MobilePay users via VeriFone POS terminals.

Payment service providers are offering mPOS solutions to serve small and medium-sized merchants. For example, iZettle offers its mPOS solution, iZettle Reader, in Finland. The reader can be connected to a tablet or smartphone via Bluetooth.