Greece was severely affected by the eurozone crisis, due to government overspending, tax evasion and a budget deficit that spiralled out of control.

Many banks faced liquidity problems and loan defaults, which had a direct impact on the cards and payments industry. The government announced a number of initiatives to revive the economy, including cuts in public sector employment, defence and other government spending, as a result of which the country registered real GDP growth of 1.0% in 2017, up from -3.2% in 2013.

The country received conditional bailout packages from the International Monetary Fund, the EU and the European Central Bank. Conditions included capital control measures in June 2015 to arrest the outward flow of money; curbing tax evasion; encouraging electronic payments; restrictions on ATM cash withdrawals; restrictions on the use of payment cards abroad; restrictions on transfers of funds from Greek to foreign banks; and compulsory acceptance of card-based payments by retailers and certain categories of professional.

With the anticipated economic revival and the injection of liquidity into the banking sector, the Greek payment card market is anticipated to gradually shift towards sustainable growth by 2021.

The introduction of new regulations in June 2017, making it compulsory for private companies to pay salaries through bank accounts, will further drive penetration.

Amid economic uncertainty and growing unemployment, banks were forced to adopt
a cautious approach to issuing credit cards.

This resulted in a decline in the number of pay-later cards issued up to 2015. However, with capital infusions and strict austerity measures adopted by the government, the economy and the banking sector are gradually recovering.

With growth in the job market, banks have become more confident about credit and are in a much better position to extend credit than they were five years ago. 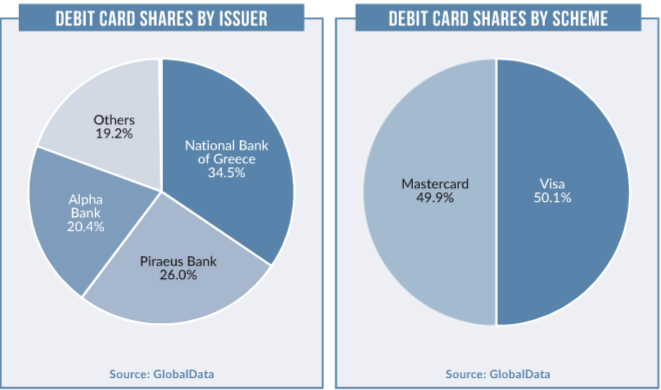 Banks are now offering cards exclusively for online shoppers, such as the Mastercard Prepaid Virtual Card by Piraeus Bank. Alternative payments such as VivaWallet, my Alpha wallet, and Masterpass are also increasingly used by consumers to make online purchases.

Growth in the number of prepaid cards in circulation can be attributed to factors, including their growing popularity among the unbanked population, and control of expenditure.

Faced with harsh economic and labour conditions, many Greek consumers were forced to curb unnecessary expenditure; they therefore used prepaid cards as a way to spend within their means.

Banks also offer prepaid cards to enable individuals to receive social benefits from the government. In 2016, Piraeus Bank launched the Social Solidarity Income prepaid card, which is issued instantly at any bank branch.

Eurobank offers a Visa-branded e-prepaid card, which can be purchased online and activated immediately. 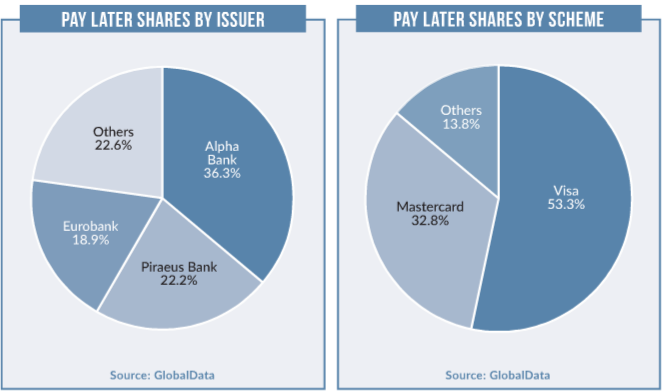 In response to rampant tax evasion, the government identified 85 business categories that were required to install POS terminals by July 2017. Refusal to accept card-based payments now attracts a fine equivalent to $1,800.