The Dutch payment card market is mature, with a high penetration rate of 1.9 payment cards per inhabitant.

Growth has been driven by debit cards, which accounted for 89.3% of the overall transaction value in 2018. Consumers perceive debit cards to be more secure, cost-effective and consumer friendly than other card types.

Pay-later card payments are generally less popular, due to a cultural aversion towards debt among Dutch consumers.

Growth in the payment card market is supported by well-developed infrastructure, with one POS terminal per 34 individuals.

Affordable and widely available financial products, the strong presence of digital-only banks, and growing consumer preference for electronic payments will aid the move towards the Netherlands becoming an increasingly less cash dependent society.

Debit cards remain the preferred card type, accounting for 86.9% of the total card payment value in 2018. Debit cards registered robust growth in terms of payments volume, at a CAGR of 9.3% between 2014 and 2018.

The migration of low-value cash transactions to debit cards was a key trend during this period. According to the Dutch Payments Association, the number of debit card transactions valued at under €10 ($11.21) increased by over 12% in 2017.

Growth was mainly supported by the growing preference for contactless payments – in December 2017, almost half of all debit card transactions were made contactlessly.

Contactless on the rise

Contactless cards were introduced in the Netherlands in 2014, since when the Dutch payment card market has embraced the technology.

A large number of contactless transactions were registered at supermarkets, which accounted for 35% of contactless payments in 2017, followed by catering and vending with 17% and the hospitality industry with 16%. 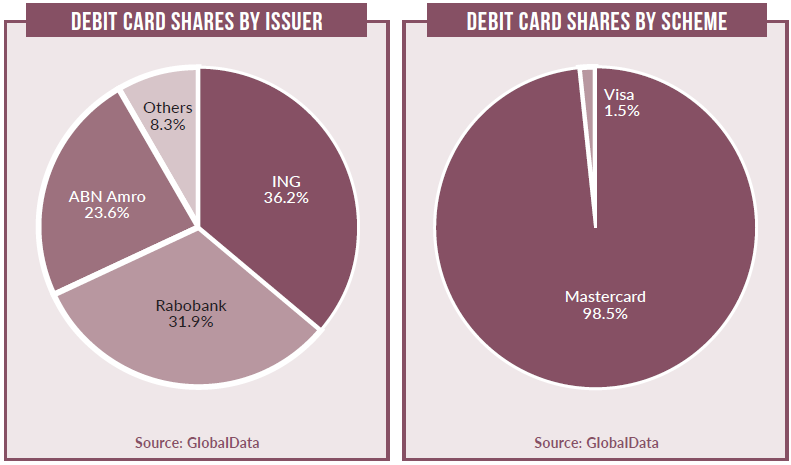 The Dutch e-commerce market grew strongly during the review period, recording a CAGR of 16.6%. High internet and smartphone penetration combined with a preference for online shopping drove this growth.

With the number of online shoppers rising, many retailers are launching online shops in the Netherlands; examples include German online furniture store Loberon, German fashion retailer About You, and UK-based electronics retailer AO.

iDEAL remains the preferred tool for e-commerce payments, accounting for 41.3% of the e-commerce transaction value in 2018. iDEAL can also be used to make purchases from international retailers, with one in every three iDEAL transaction made on foreign websites.

This enables Dutch consumers to pay with iDEAL at over 7,000 online merchants in 60 countries. 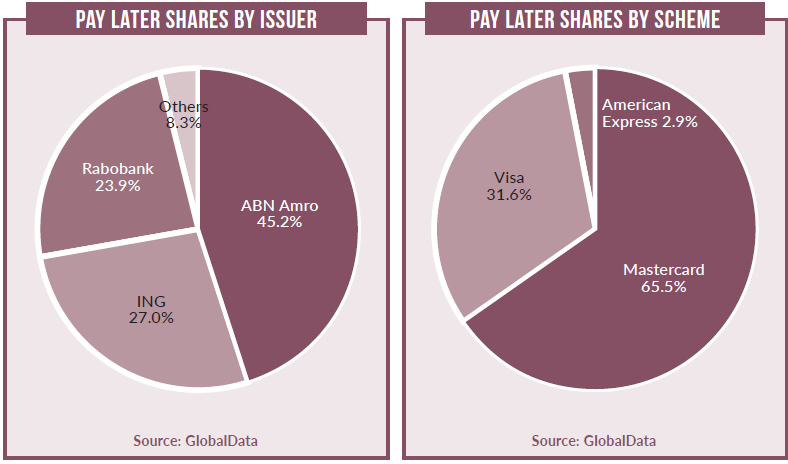 The Netherlands continues to report impressive growth in its POS network. The number of POS terminals recorded a CAGR of 6.5% between 2014 and 2018, supported by merchant adoption of contactless POS terminals.

According to data from the Dutch Payments Association, four out of every five POS terminals supported contactless payments in 2017. The country’s retailers are also increasingly installing mobile POS terminals.