For Saudi Arabia payments, cash remains the preferred method of consumer payment, accounting for more than 90% of the total payment transaction volume.

Although use of payment cards, primarily debit cards, is gradually rising, they are mostly used for cash withdrawals at ATMs, rather than making payments at merchant outlets.

The government, however, has been taking several initiatives to promote electronic payments, one being the introduction of the Wage Protection System regulation in September 2013.

Almost all leading credit card issuers in the country now offer Sharia-compliant credit cards. The gradual adoption of contactless technology and the emergence of the e-commerce market – supported by the availability of several alternative payment methods – are both likely to drive the payment card market in the next five years.

SAMA launched a modified payments network in September 2015 linking all ATMs and POS terminals across the country to a central payment switch, with the aim of boosting electronic payments.

Pay-later cards accounted for only 6.1% of the overall transaction value in 2017. One of the prominent factors inhibiting the growth of credit cards is the debt-averse nature of Saudi card holders and merchant reluctance in accepting credit cards. 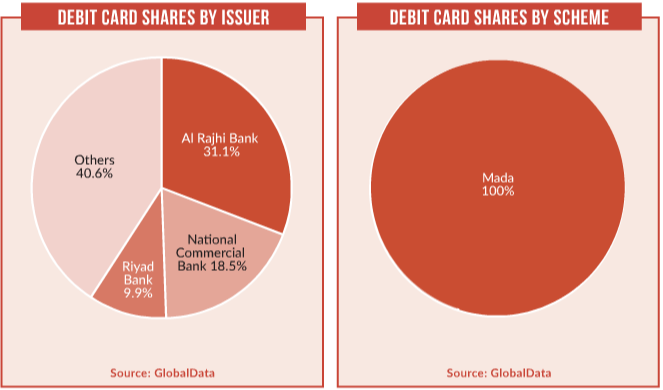 The gradual adoption of contactless payments is fostering the use of payment cards at the POS. Riyad Bank launched the country’s first contactless card in September 2015, transforming its entire card portfolio to contactless technology.

Saudi Arabia’s e-commerce market registered a strong CAGR of 25.2% between 2013 and 2017, supported by the growing young population, rising smartphone penetration, and the government’s growing focus on e-commerce.

According to a report by the Communications and Information Technology Commission, Saudi consumers shop online at least once every three months, spending an average of $1,067 annually.

The availability of solutions such as Masterpass and Visa Checkout will also support e-commerce growth. 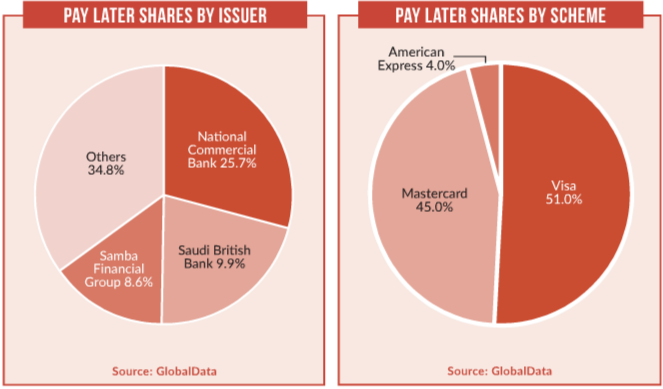 Prepaid cards are gradually gaining prominence in Saudi Arabia due to the high unbanked and expatriate populations. In line with the Wage Protection Law, in December 2017, the Ministry of Labor and Social Development mandated the payment of salaries to domestic workers through prepaid cards.

The ministry has also given a deadline to employers to issue prepaid cards to domestic workers.