Imagine having a card that limits consumer spending based on a person’s environmental impact. Meet Doconomy – the first-ever credit card to measure CO2 emissions in an attempt to lessen the financial sector’s impact on climate change.  Evie Rusman speaks to Doconomy’s founder about its first year in operation

Doconomy, founded in Sweden in 2018, was created on the basis that money has the potential to tackle huge concerns surrounding global warming. Its whole philosophy is about ‘banking with a conscience’ and aims to inspire change in behaviour and reduce unsustainable consumption and carbon emissions.

The company’s first solution DO looks at making it easier for cardholders to reduce their CO2 emissions by making small everyday changes.

She says: “The backbone of the DO card and DO app is the Åland Index that calculates the carbon impact of every single transaction. It’s powered by leading financial industry environmental, social and governance data.

“By using the DO card for your daily purchases you can track your carbon footprint. With that knowledge change is possible. We aim to make the DO card a powerful tool for that change. The DO credit card comes with an interest rate and will have a low annual cost.

“In the near future, our customers will be offered opportunities to invest in sustainable funds aiming for good returns for both the customer and the planet. On the road to more sustainable and responsible consumption, the card holders also can compensate their CO₂ footprint through UN certified climate compensation projects.” 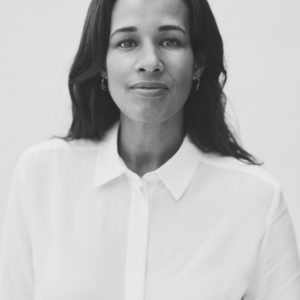 Even though the company was founded over a year ago, its cards have not officially been released on the market yet. However, as it stands 8,000 Swedes have already signed up. Sweden will be the first port of call in terms of product launch, with the company hoping to expand its offering to two or three other European countries later on.

When the product officially launches, two cards will be available; the white credit card and the black credit card, the black one being a premium version.

Both will be connected to a mobile app that will send cardholders regular updates tracking their carbon usage. It will also send an alert as to when all carbon credits for the day have been maxed out. From then on, customers will be unable to use the card to make further purchases.

Speaking on the company’s first year, Green adds: “As for the whole startup world, our first year has been chaotic, intense and great fun. We have been constantly developing and refining the initial business model, teaming up with strategic partners and at the same time forming services that will attract consumers and simultaneously make a difference – for people, for the industry and for the planet.

“We truly believe that DO can make a change and that we all have to do our part to stop the climate crisis. We’re about to launch our first service, the DO app, and in early 2020 the DO card will hit the market.”

The financial industry has come under fire in recent years for not moving at a quick enough pace to support the reduction of carbon emissions.

Green says: “We don’t think the finance industry is shaping up fast enough when it comes to tackling climate change. The transition has started, but at a pace far too slow. Instead of fancy words and visions we need to act and we need to do it now. We focus on making that change together with our clients and our partners.”

With that being said, earlier this year, American Express introduced a credit card made from ocean plastic as an attempt to further the fight. This was in partnership with Parley for the Oceans, who has worked with Amex since 2018 to combat marine plastic pollution.

In addition, Visa and Mastercard also have a number of initiatives that are designed to have a positive environmental impact.

This push by card companies alongside the rise of eco-friendly start-ups such as Doconomy could be a hint as to how the priorities of the customer may be changing in that they are beginning to take interest in how their spending is having a wider global impact.